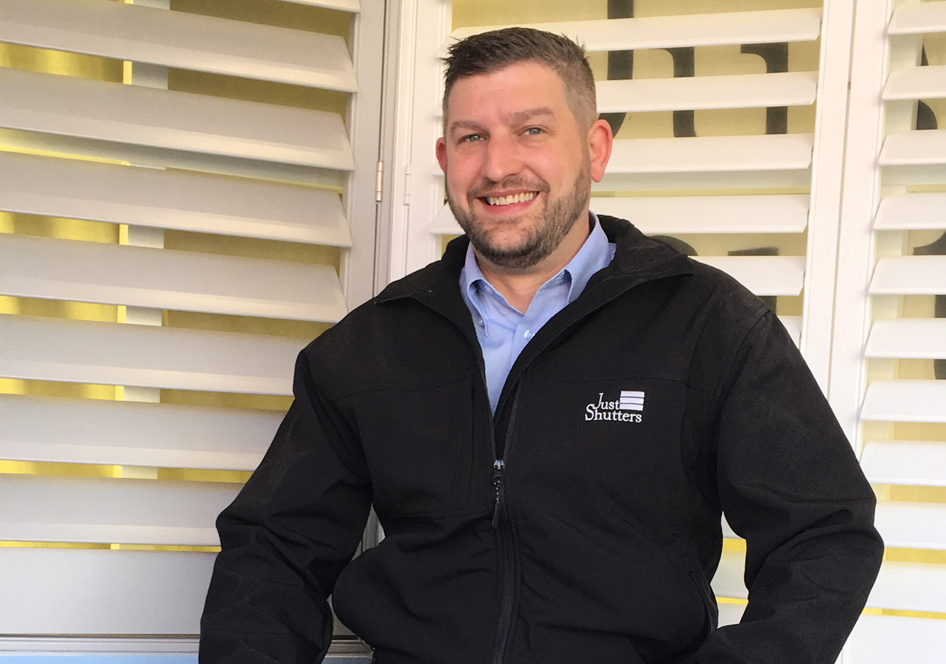 Paul Wells, of Just Shutters, Yorkshire, started his business nearly 3 years ago.
In that time, his business has grown significantly. In fact, it has grown so dramatically that he has been able to bring his wife into the business along with his nephew, who is now Paul’s apprentice.

Their business originally covered North Yorkshire, however it soon became clear that there was demand further afield and as a result, they now cover the entire Yorkshire area. Having just completed his 400th installation, they are excited about the next 400. It shows that with hard work and tenacity, what a fantastic and lucrative opportunity a Just Shutters business is.

“I cannot recommend the franchise operation highly enough.
Going from secure full time employment to starting my own business was very daunting, the support and guidance I received has really helped.

I view the Just Shutters Business Support team as friends more than colleagues – nothing seems to be too much trouble and advice is freely given.
My business is now in its 3rd year and has gone from strength to strength.
To anyone considering taking the leap from employed to owning their own business, I will say 2 things:

1) Going via the franchise route takes a considerable amount of pressure off in those early years.

2) Just Shutters is quite possibly the best franchise opportunity in the UK.

I am as happy as I have ever been in my working life – and I was always happy and positive when employed!”